WHAT IS A SHOWER PAN LINER LEAK

The traditional way of waterproofing and installing your shower drain and shower pan liner is proven always inevitable leak!

What is a shower pan leak?

A shower pan liner is a waterproofing membrane that is similar to a thick plastic sheet. They are usually large enough to fit a standard shower cubicle (5ft. x 6ft.) and typically made from PVC (synthetic plastic flexible polymer). Shower pan liners often leak due to piercing of the plastic liner and/or poor installation. During installation, the PVC liner is laid down across the shower floor pre-slope and up the walls; and all too often are the liners not secured high enough up the wall. The installer is then directed to puncture and screw the plastic shower pan liner into place using bolts and a spanner which create small pocket holes in the shower pan liner eventually allowing water and moisture to seep through and soak into the wood structure beneath, which is what is known as a shower pan leak. Resulting in a bigger problem, affecting the structural integrity of your home from water soaked wood.

How much does it cost to replace or repair a shower pan liner?

Replacing a shower pan liner won’t result in a quick fix; a shower pan liner leak is only the half of the issue at hand. When a shower pan liner does leak, it allows water and moisture to escape and soak into your timber floor. This can lead to mold &amp; soft wood, essentially affecting the structural integrity of your home. To actually fix the entire problem of a shower pan leak; you will need to renovate your shower and the timber of which it sits on. This could cost you anything between $600-$1,000 plus for materials, and up to $5,000 for labor &amp; repair work. Repairing a shower leak is no easy task.

Since it has affected the home, you would think that your home insurance would cover the bathroom renovation. Unfortunately, this isn’t the case. Because the shower pan liner is an item which has failed in stopping the water from escaping your drain and designated areas, insurance companies often state that it isn’t something that they’re obligated to cover for. Furthermore, when there is a shower pan liner leak there usually is going to be wood water damage to follow, and because that is directly caused from the failure of the shower pan liner, they are not issuing any claims to fix.

Can I fix the Shower Pan Liner myself as DIY job?

Yes, fortunately you can choose to DIY the fix! Which will always save you money. However, you do need to know and understand the steps it takes and what equipment and products to use. Now, you could go for the route the previous installer went but why would you when that is what got you in the situation in the first place? Afterall, Einstein’s definition of insanity is “doing the same thing over and over and expecting different results”

The Wondercap is an “All In-One” Shower Drain that uses new methods and techniques that prevents the likelihood of a shower pan leak when installed as directed. The Wondercap uses solvent welding to seal the membrane and puddle flange with a double seal of silicone sealant to create the Wondercap’s triple seal connection stopping and preventing any water leaks, as well as future, unwanted, water damaged bathroom repairs.

How is the Wondercap different?

The Wondercap is installed using a solvent welded technology. For the full detailed installation (How to install a shower pan liner using Wondercap shower drain).

Firstly, the tail of the outer puddle flange is solvent-welded to the inside of the pipe. Screws anchor and secure the outer flange to the timber or concrete it sits on. Dry mortar is then placed and molded to create a pre-slope. Accurately screed your pre-slob using the insert blue plug that will let you evenly trowel your cement mortar bed up and over the lower flange with nothing in way and no mortar down your drain. Once the mortar is dry, the inner flange is removed and the shower pan liner is laid. Carefully cut the inside of the inner flange walls to create a perfect hole in the shower pan liner over the shower drain. Applying a ½” bead of clear, all-purpose silicone (caulking) sealant to inner top surface of the outer flange (on the surface of the shower pan liner) and ½” bead of silicone to the underside of the inner flange (½” from edge). Insert the inner flange through the pan liner and press down with a twisting motion into the lower flange, maintain a firm pressure for a few seconds until the solvent cement has taken hold. Don’t forget to flood test your shower. Simply insert the blue test plug into the installed inner flange and fill the shower base with up to ½” of water and let sit for up to 24 hours.

Then screed the shower bed with mortar mix, and do so for how ever many layers required for the slope. Tiles and grout are laid, using the protective cap as a template to cut the tiles around. Remove the cap and the strainer of your choice is simply inserted.

In no way is the pan liner ever punctured and the hole in the shower pan liner for the inner flange to sit into is triple sealed creating an impermeable connection that will last a lifetime longer than the traditional way.

How much does it cost for the Wondercap including installation and equipment?

You are looking at $130 USD to install your Wondercap shower drain, opposing to traditional shower drain product which are between $16-25, however again there is the inevitable leaking shower drain, which could have you reaching into your pocket for up to $6,000 USD depending on how long the leak has prolonged for and the resulting damage to your home.

The traditional installation method and product for a shower pan liner and shower drain are cheaper than the new revolutionized method and products designed by Wondercap. However, Wondercap can promise that installing the Wondercap Shower Drain as directed can result with a lifetime shower drain and shower pan liner connection with no leaks or issues and a premium quality strainer finish.

Choose whether to invest the $130 USD today, to save yourself future thousands now!

When doing your bathroom renovation, make your job a Wonder. We promise you will not regret it! 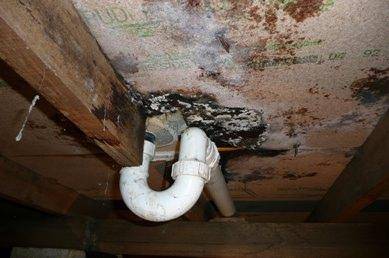 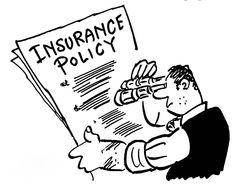 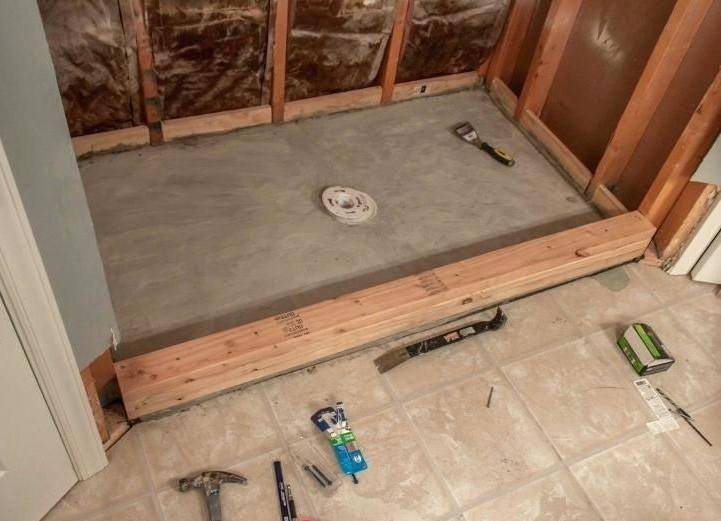 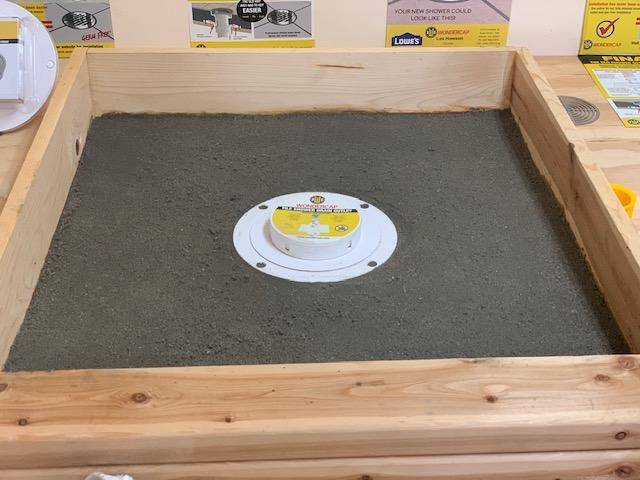 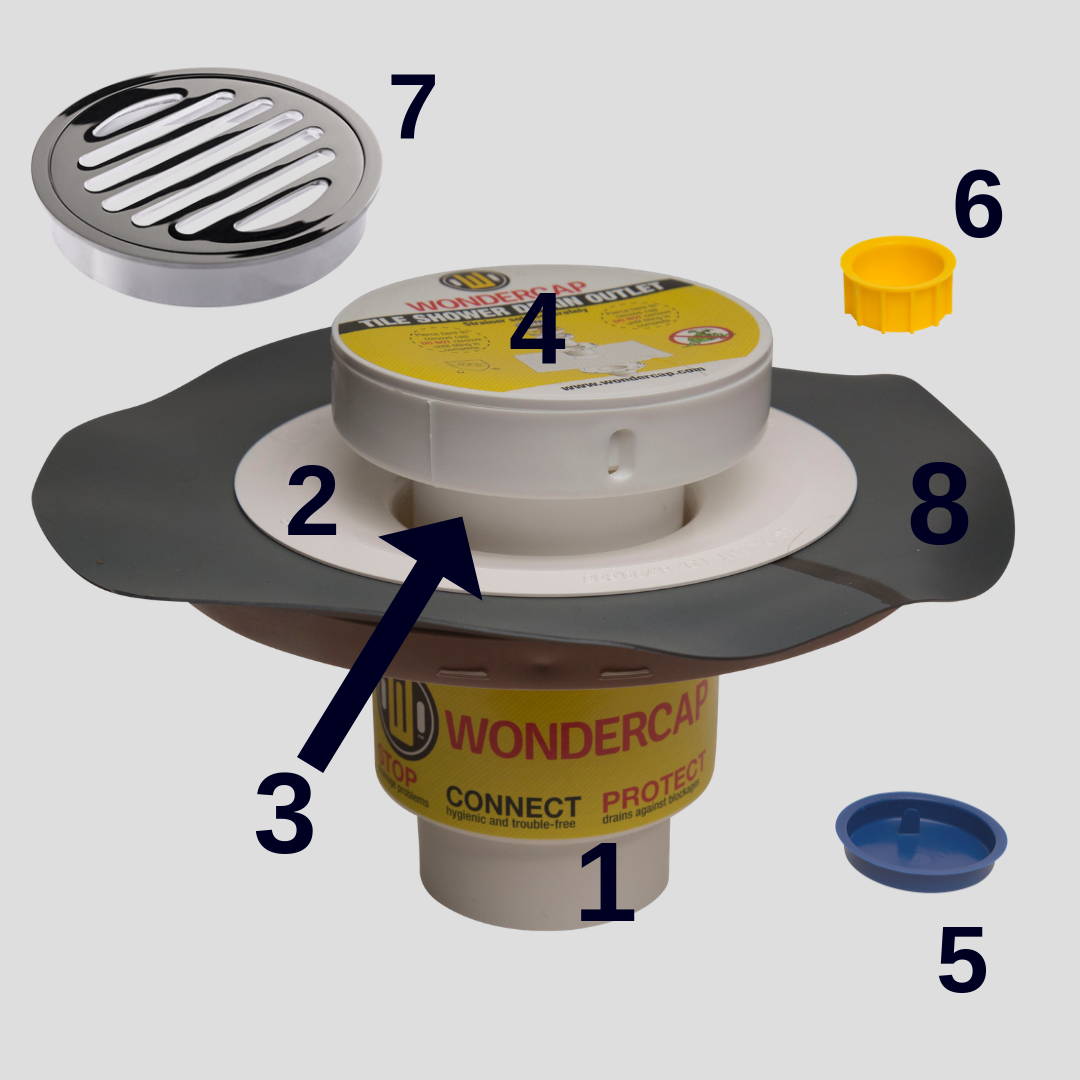